This is a very tax neutral Budget. What it gives with one hand it takes with the other. But it is certainly not tax redistribution as increases for lower and middle income groups appear to come from other lower and middle income groups. It’s not clear if the richest will really be forced take their share of austerity and in the absence of redistributive tax measures, encouraging philanthropy becomes even more important.
From a charity perspective, the new 25% cap on income tax relief is not good news. It means less tax efficiency – part of the motivation of wealthier people to give to charities. Much has been made about the impact this will have on philanthropic behaviour but you can look at it another way: unless charity giving is excluded from this cap the UK Government will effectively be taking a slice of the largest donations to charities for the Treasury.

Most of the specific tax measures for charities are simply tweaks to existing tax concessions – a tidying up job. For example, red tape for charity shops and community sports clubs will be streamlined while VAT burdens will be eased for charities sharing costs and those that transport goods for emergency relief.
The small donations scheme is more significant. It is designed to make it easier for charities fundraising through smaller collections to benefit from a Gift Aid-like return on donations under £20. However this is not really a tax measure but a funding scheme. Scotland could push for using this new allocation differently in future if the system doesn’t work. Could Scotland create a more open funding scheme to support smaller charities and community groups?

What charities didn’t get

Even more interesting for charities is what they didn’t get. Many of us were expecting significant announcements to improve payroll giving, an introduction of living legacies, and a move to tackle the £1 billion subsidy charities give to the Government through VAT lost on services. There has been a real missed opportunity here.

The other key announcement on Wednesday was that the Scotland Bill has now got the backing of the SNP administration. The impact of this on Gift Aid for charities will now need to be reviewed in light of the cap on tax relief for the wealthy. Will Scotland have a say over how the cap interacts with their new tax powers? Will Scotland be even more radical in its approach to stamp duty land tax, which the Chancellor has pushed up for wealthy property buyers, once the Bill comes into force? Will a Scottish approach be different?
This has been a very constrained Budget. It has been marked by a philosophy which sees the poor and vulnerable as a burden to the economy. From a charity perspective, the UK’s position as one of the most unequal countries in Europe seems secure.
Ruchir is head of the policy department at the Scottish Council for Voluntary Organisations. He helps facilitate policy ideas in and on the sector, and helps communicate these to policy makers in Parliament, Government and wider civil society. He was responsible for establishing the statistical profile for Scotland’s third sector, leading the Civil Society Index for Scotland, the Lead Group ‘futures’ thinking initiative for the third sector, and was editor of VIEW magazine bringing policy insights from civil society to the big issues facing Scotland. Ruchir represents SCVO as a co-opted member of the management committee for the Charity Tax Group. 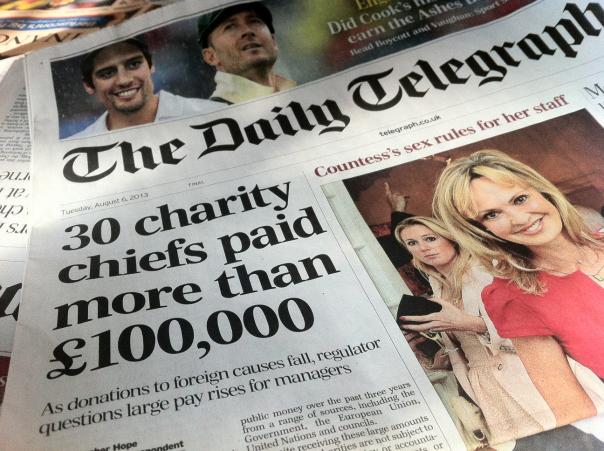 An open letter to The Charity Commission’s William Shawcross

10 ways to prevent fraud in charities