Sainsbury’s annual Active Kids voucher campaign is underway, offering schools and groups the chance to secure sports and activity equipment and experiences for children and young people.
Groups can encourage their supporters to collect vouchers by shopping at their local Sainsbury’s store, at Sainsbury’s petrol stations and when they shop online. They can also swap their Nectar points for Active Kids vouchers.
Active Kids 2012 is open to any eligible nursery, school, Scout or Guide group or sports club in the UK. Since 2005 the programme has yielded more than £115 million worth of equipment and experiences for these organisations.
You can collect Active Kids vouchers between 15 February and 10 April 2012. After that organisations have until 5 June 2012 to submit their order with their vouchers.
Participating organisations can create an online wishlist of items they are hoping to secure, and then promote this to supporters, members and family friends to encourage them to collect more and reach their total.
www.sainsburys.co.uk/activekids/ 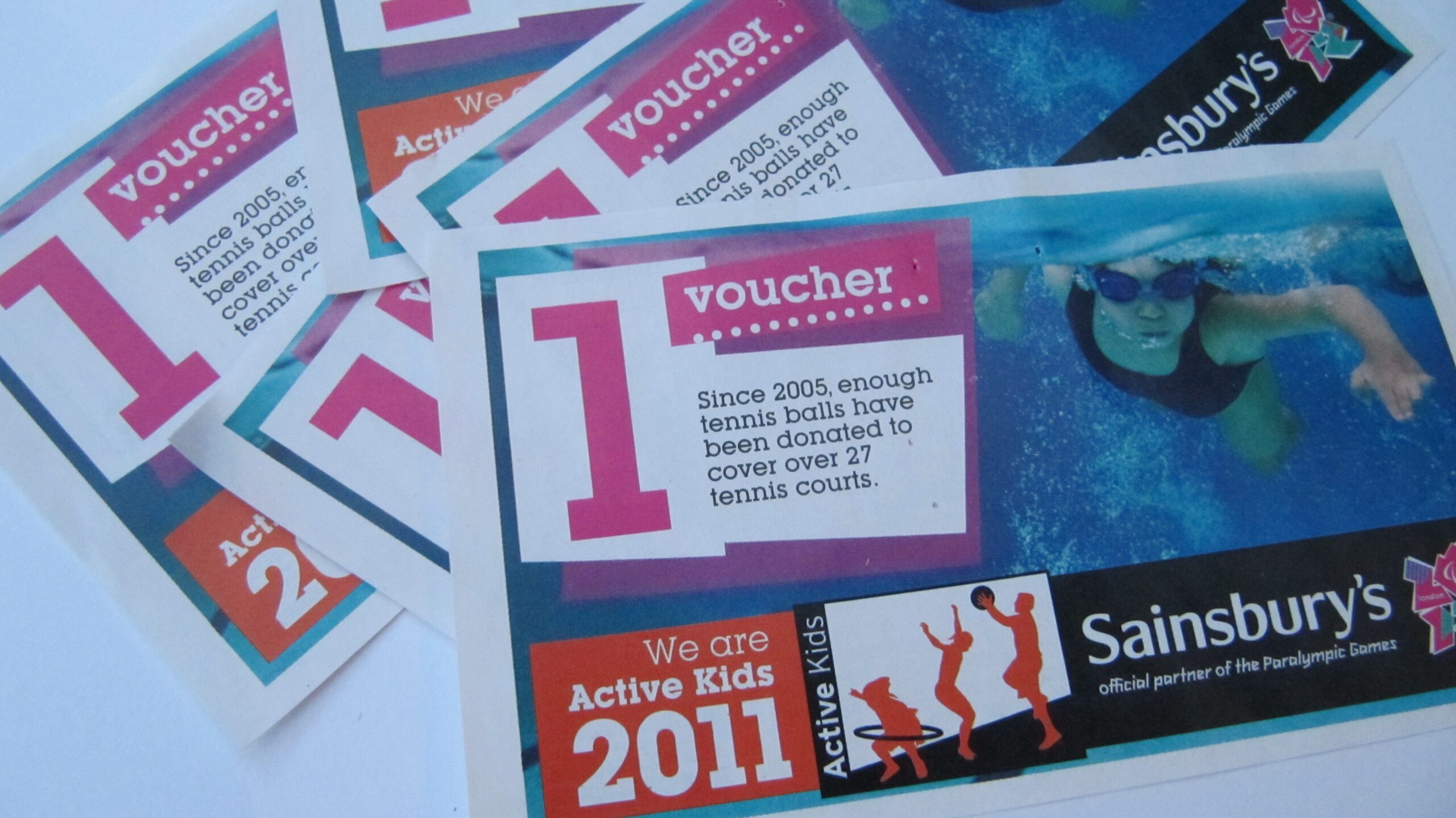