Charity-advisory website Intelligent Giving claims that many of the face-to-face fundraisers (or “chuggers” as it refers to them on its blog) that its researchers met in a mystery shopper exercise in central London are failing to adhere to the relevant legislation and professional codes of practice.
After the six-week research in October and November, the website concludes “never give to street fundraisers”, and advises the public to make donations via a charity’s website.
Intelligent Giving surveyed 50 face-to-face fundraisers. As explained in its methodology, it tested them to see how far they complied with the Charities Acts 1992 and 2006, the Institute of Fundraising’s Face-to-Face Activity Code of Practice and the code of conduct of the Professional Fundraising Regulatory Association.
On the requirement for face-to-face fundraisers to state that they are being paid, how much and on what basis (whether it is commission), Intelligent Giving’s researchers found that “only four of our fifty fundraisers gave this satisfactory ‘solicitation statement’ without being asked.”
Furthermore, the researchers concluded that “chuggers don’t always know much about the charities they represent”, contrasting this with the usually well-informed approach of in-house fundraisers, and that they can be rude: “fifteen of our fundraisers would not leave our researchers alone when asked.”
In a blog post entitled Ignorant chuggers risk damaging all charities, Intelligent Giving’s Director Adam Rothwell commented: “It’s a disgrace to the fundraising profession that some of them were prepared to lie about their earnings in an attempt to get our researchers to stump up a donation. And the level of general compliance with professional standards was distressingly low.”
However, the survey’s publication has caused debate and concern amongst fundraisers on online communities such as Facebook. As Robert Booth in The Guardian noted, “In 2006 a quarter of Shelter’s income came from street fundraisers and 75% of Greenpeace’s new members were recruited this way between 2000 and 2003”. Public criticism of the method based on a survey sample of 50 could have serious results for some charities if the public were to lose confidence in this method of giving.
Mick Aldridge, chief executive of the Public Fundraising Regulatory Association, the self-regulatory body for face-to-face fundraising by charities and professional fundraising organisations, described the survey’s publication as “grossly irresponsible”.
www.intelligentgiving.com/watchdog/charity_muggers 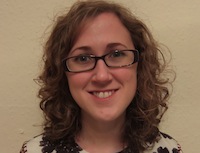 PFRA aims to double council agreements for F2F within a year