Faced with funding shortages for its Disaster Relief Fund, the American Red Cross is today asking social network and online community members to help promote the Fund. In exploiting social networks, the nonprofit will be attempting to reach large numbers of people very quickly and at very low cost.
The Red Cross is currently supporting thousands of evacuees across the Gulf States affected by Hurricanes Ike and Gustav, as well as responding to many other incidents across the country.
The organisation is asking “everyone who has a blog, Twitter account, Facebook profile, and other online presence” to display support for the victims of the recent hurricanes and help raise funds.
In addition, the National Association of Broadcasters has asked radio stations across the country to broadcast a Red Cross Public Service Announcement. 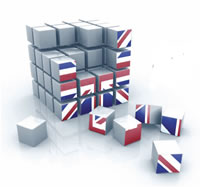