I recently took another look at an article from The Times (and other newspapers) from February 2007, which listed “The top 200 most expensive streets in Britain” (well, England & Wales). The list appears to have originated with mouseprice, but they no longer publish a top 200. I have been using the Royal Mail website (www.royalmail.com) to get postcodes for the addresses (libraries have postcode directories), and of course, once I started rummaging, I started to find addresses with even higher house prices.
While this is a rather slow way to build up a list, it is a handy way of identifying local pockets of (probable) wealth. Of course, not all properties in the postcode area will necessarily be worth the c £1.5 million plus that some are listed as being, but this can be a useful starting point.
I have found some more recent lists with fewer (e.g. Times, etc., 19th February 2008), but this top 200 is well worth a look. Of course, some of the (average) house prices had gone down during the intervening year. This list is great for London, and some other parts of the south east of England, but is of limited use for other parts of the UK. However, there are other ways of building such a list for other regions.
www.mouseprice.net Check out the Mouseprice articles – most expensive street rankings 2008. Mouseprice most expensive street rankings 2007, plus ten regional lists with top 20
www.zoopla.co.uk As Howard has just pointed out, Zoopla publishes lists for England, Wales & Scotland. I am not sure how recent Zoopla’s figures are, but the inclusion of Scotland is a bonus.
www.ourproperty.co.uk has a very handy feature that fits in nicely with this kind of research – “The 10 most expensive roads in” any town you want to know about. Click on the link for “House Price Statistics” at the bottom of the page, choose your town, and away you go.
The websites of estate agents are a great way of picking specific addresses, particularly when you use something like www.primelocation.com, which lists specific properties offered by various agencies – search by location and price, and you can even sign up for email alerts for future notifications.
Once you have your list you can run a simple query (in Access, or other database applications) to check if you have any addresses in those postcodes on your database of supporters.
Do let me know how you get on, if you try this out.
Finbar Cullen
ResearchPlus

Grant-making Trusts in Jersey – just what are "Jersey Foundations"? 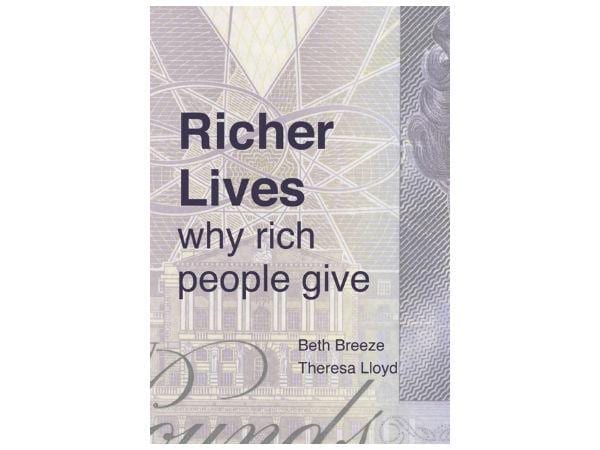