This month Laura Croudace interviews Charlotte Harris and Fiona Koch from Raw London as part of the new Women In Tech series. They explain how nonprofits can use video to fundraise in new ways, and share tips, insights and learnings from award-winning videos that they have created.

In the video interview they share advice on how can nonprofits start using videos to fundraise, especially if they don’t have a content or video team, offer tips on creating ‘home-made’ content straight from your phone, and explain how one nonprofit used video to triple their fundraising goals, and more.

Video is one of the most powerful tools charities have to connect, engage, and convert new and existing donors. From social media to DRTV to corporate partnerships, there are loads of options to consider. Fiona and Charlotte share seven tips.

1. Get results with DRTV

Often overlooked, DRTV is still one of the most effective ways to fundraise. In fact, according to JAA Media, nothing else matches its efficiency at scale. Speaking at Relay last year, Rob Stephens said:

“The fact is that there has been a significant growth in charities using TV every year over the last 5 years, proving it’s still in strong demand. This is because TV can and does work still for donor recruitment. This means that, while spending money on digital can be effective, it does not deliver results at scale in the same way TV does.”

And that’s still the case now. As the Covid-19 pandemic hit in 2020, the response to charity DRTV increased 91% in March and April – and across the year charity DRTV spend increased 43% to £175m and Direct Debits went up by +48%.

If you’re thinking about DRTV, my advice is to invest in the creative approach. Even within government guidelines, it’s important to tell an authentic, inclusive story – like this COVID-19 appeal for British Red Cross.

As a charity, there’s often so much you want to communicate about your cause. But trying to say everything in one film can actually dilute your message. Instead, try to focus on the one most important thing you want people to know about your cause – and then get creative.

For example, as part of Raw London’s annual CSR initiative, I partnered with a small charity to raise awareness of emotional abuse in young relationships. Within a week of the campaign’s launch, Northumberland Domestic Abuse Services’ social media engagement saw a huge uplift and their following almost tripled. They went on to reach more than 1 million people, win 17 international awards, and, most importantly, they engaged local schools and MPs with the issue.

3. Engage high value donors with unique ‘about us’ video

In 2017, The Savitri Waney Charitable Trust tripled their fundraising target with a uniquely powerful case study film – and it has continued to be a powerful tool for engaging supporters.

Emily Kerr-Muir, Trust Manager at The Savitri Trust, thinks the reason it worked so well is because it’s “not a typical charity ‘about us’ film” – instead it “inspires and gives hope”.

The same goes for Book Aid International’s Where the Wild Things Are. Both of these films focus on the charity’s impact from the beneficiary, and both employ uniquely powerful narratives and storytelling techniques. Crucially, they also tap into a universal human truth – one key emotion that everyone can relate to.

For example, Ending blindness in Bihar is the story of a mother wanting what’s best for her children. Where the Wild Things Are celebrates a child’s love of books and reading. These are universal human truths that are much more relatable for your audiences.

Whether it’s campaigning for a change in the law or encouraging people to sign a petition, video can be extremely effective at connecting the public with an issue.

We launched this series of case studies for Dignity in Dying alongside their new report to change the law around assisted dying. The films helped to connect social audiences to the issue, and the wider campaign sparked debate and conversation which resulted in unprecedented progress to a change in the law.

Case study videos are at the heart of charity communications. That’s because simply telling someone’s story is an amazing way to show the impact of your work. But how can you make yours stand out?

ETHAN for Mermaids UK is a reimagining of a charity case study. It tells one trans person’s journey through the eyes of a video game, incorporating insight from workshops with trans youth.

As a result, the film was viewed over 1.5 million times. In addition, Gay Times featured the campaign in a landmark 500th issue, and received praise from the transgender community.

Instead of a message from your CEO or a simple thank you card, why not go the extra mile? This animation encouraged corporate partners to support Crisis at Christmas, raising vital funds and building stronger partnerships.

To encourage companies to purchase a sponsorship package, share with contacts and help support the cause, the video appeals to all levels of business – from the CEO to workers on the shop floor. It strikes a balance between strong emotions and clear brand association with a strong visual theme that was integrated across print, digital, email and social media.

We partnered with YoungMinds to promote their awareness day, #HelloYellow. The campaign shows support for young people struggling with their mental health in 2020. We designed the video for 40 second pre-roll ads on ITV Player, using a bright on-brand animation style.

Through the huge online exposure, #HelloYellow reached more people than ever, and we were thrilled to help YoungMinds on their mission to combat mental health during an incredibly tough year.

We are looking forward to seeing what you create so be sure to tag Laura Croudace, Fiona Koch , Charlotte Harris and UK Fundraising in your posts on LinkedIn and social media. 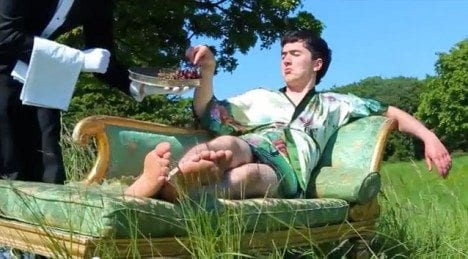 About Laura Croudace for Women in Tech
Laura Croudace, Technology Impact Evangelist at Cirrico is proud to partner with UK Fundraising celebrating Women In Tech. Laura has worked in the nonprofit space for 14 years, and now works for Cirrico, a Salesforce partner, working with nonprofits and responsible business to create social change. Each month Cirrico will bring you a video that focuses on a new topic, featuring women in technology who are passionate about their area of work. Why? Because women make up 13% of the technology workforce, and Cirrico wants to change that in partnership with UKFundraising.