It’s time for another round-up of the latest books for fundraisers and charity staff. Here are several new titles plus several which will be published soon.

We have started with 18 titles, but we expect that number to grow as more books are suggested to us.

Written by Joe Barrell and Sarah Fitzgerald, Who Cares? focuses on “building audience-centred engagement strategies in the non-profit sector”. It has just been published by CharityComms.

It “provides a grassroots theory of mutual aid, describes how mutual aid has been a part of all larger, powerful social movements, and offers concrete tools for organising, such as how to work in groups, decision-making process, how to prevent and address conflict, and how to deal with burnout”.

Its author is clear that mutual aid is not charity: “it’s a form of organising where people get to create new systems of care and generosity so we can survive.”

3. Philanthropy: from Aristotle to Zuckerberg 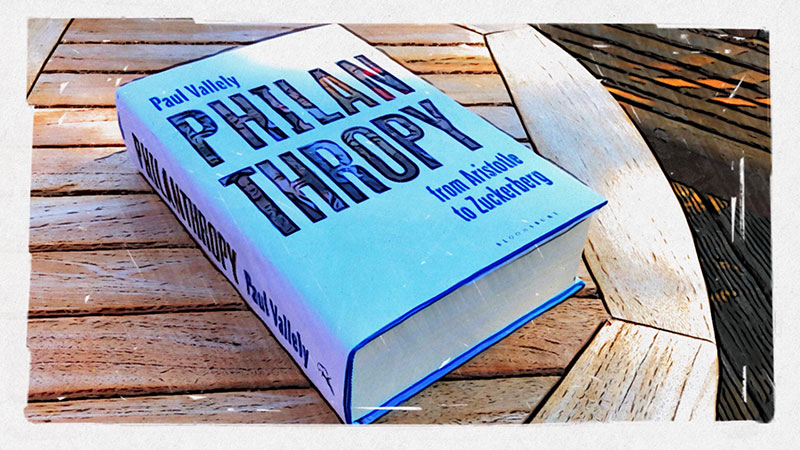 Paul Vallely’s book is a huge work (in significance as well as physical size), covering the development and significance of philanthropy through the ages.

Bill Novelli’s book Good Business comes out in March 2021. It is based on his experience with founding and growing Porter Novelli, the global PR agency for social impact, and his CEO role at AARP, the US nonprofit. He aims to show “that you can make a positive social difference regardless of what business you are in or where you are in your career”.

Debra Allcock Tyler’s new book from the Directory of Social Change focuses on the practicalities of being an effective charity trustee. If relationships between trustees and between senior managers and trustees aren’t right, the charity can quickly find “you’ll have a battle on the board”.

In true Allcock Tyler style she features a different ABBA tune as the theme for each chapter.

Lisa Greer’s Philanthropy Revolution: How to Inspire Donors, Build Relationships and Make a Difference is written from a donor, indeed a philanthropist’s, point of view, and bluntly criticises what she sees as wrong and outdated with much fundraising. As such it is essential reading for any fundraiser.

She backs up her views with dozens of interviews with donors, nonprofit professionals and academics in the field.
She believes that giving can be “saved” and offers suggestions on how charities and fundraisers can adopt new approaches that yield more “trusting, authentic partnerships that can be sustained long-term”.

You can listen to Lisa Greer talk about the book and the issues she raises in a podcast:

You can also see her in conversation with Louise Morris:

7. Fundraising strategy book in the works

Fundraising consultants Dr Claire Routley and Richard Sved have confirmed to UK Fundraising that they are “just finishing the final chapter of a book on fundraising strategy”. Claire added; ” It’s a labour of love, and general strategy nerdery!”

UK Fundraising will share more details in due course.

8. In Defence of Philanthropy

Dr Beth Breeze at the Centre for Philanthropy at the University of Kent has another book in the works – In Defence of Philanthropy.

9. Winning: The Five Truths of Fundraising

Rob Cummings book is available in print, eBook and audiobook. He is the author of The Weekend Briefing, a weekly email combining fundraising best practice “with an inspiring message that resonates with senior professionals and new fundraisers alike.” 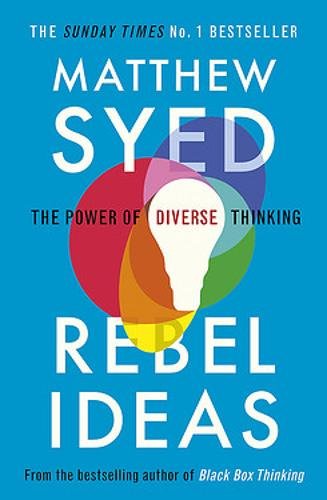 Rebel Ideas is a “journey through the science of team performance. It draws on psychology, economics, anthropology and genetics, and takes lessons from a dazzling range of case-studies, including the catastrophic intelligence failings of the CIA before 9/11, a communication breakdown at the top of Mount Everest, and a moving tale of deradicalisation in America’s deep South.”

Author Matthew Syed argues that “individual intelligence is no longer enough; that the only way to tackle these complex problems is to harness the power of our ‘cognitive diversity’.”

12. Uncharted: how to map the future

Businesswoman Margaret Heffernan explores the people and organisations who aren’t daunted by uncertainty.
“Ranging freely through history and from business to science, government to friendships, this refreshing book challenges us to resist the false promises of technology and efficiency and instead to mine our own creativity and humanity for the capacity to create the futures we want and can believe in.”

Senior Coordinator at UNICEF Francesco Ambrogetti has a book looking at how the passion and devotion to good causes becomes memories and identities. It is due out by the end of this year. 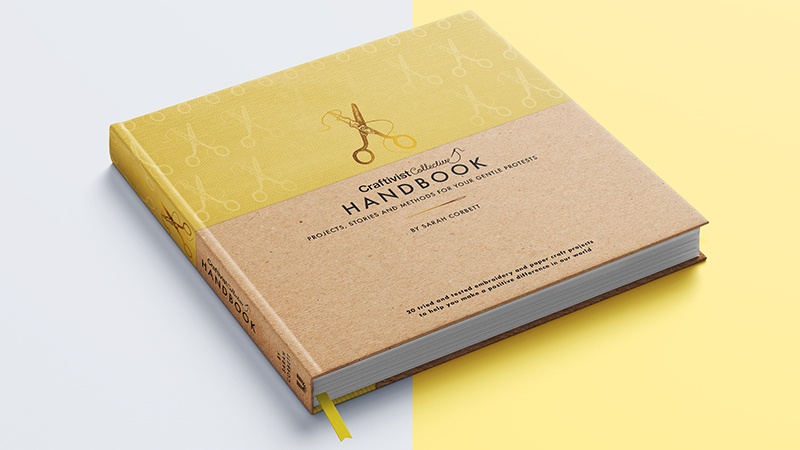 The third and final Craftivism book is designed to complete the trilogy and help Craftivists around the world deliver beautiful, kind & fair Gentle Protest Craftivism that works and makes real positive change.

Sarah Corbett is crowdfunding to make the Craftivist Collective Handbook a reality, and already has over 670 supporters, but needs more to reach the target and go ahead with publishing the book.

In Robots Make Bad Fundraisers: How Nonprofits Can Maintain the Heart in the Digital Age Steven Shattuck questions why, with all the software, tools, apps and intelligence available to us, has fundraising performance stagnated?

Instead he explores “ways to apply time-tested principles of philanthropy to the modern technology available to fundraisers – with the goal of keeping the donors we already have, inspiring new donors to give, and maintaining the sanity of our team members.” 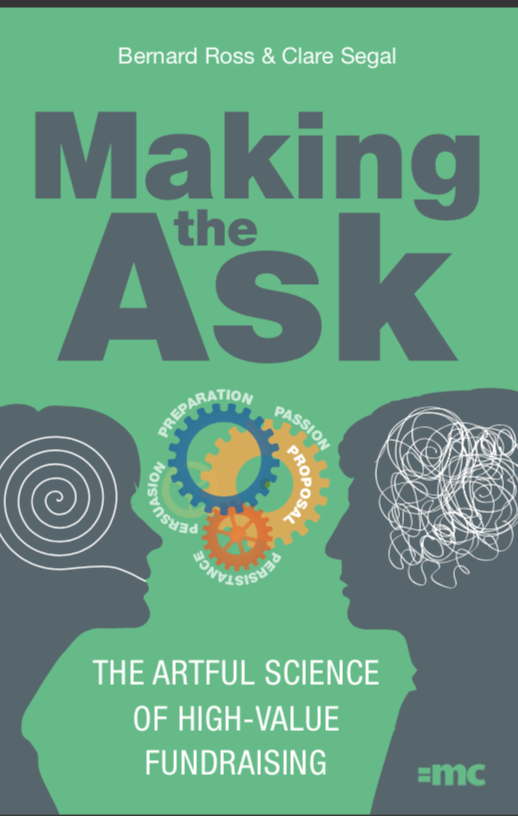 How do you ask the right people for the right money in the right way? In Making the Ask: The artful science of high-value fundraising Bernard Ross and Clare Segal share their approach – used by major fundraising organisations from UNHCR in the Middle East to MSF in the US and from UK’s Oxford University to MEF Museum in Argentina – which has been used to secure gifts up to $110m in a single ask.

You might already have read Change for Good by Bernard Ross and Omar Mahmoud, which looks at “how anyone involved in the field of social change can help individuals or groups to make positive choices using decision science”.

Change for Better will be published in 2021, featuring a series of case studies from around the world looking at how  behavioural science is transforming fundraising. It will be edited by Meredith Niles, Maddie Croucher, Omar Mahmoud and Bernard Ross.

18. From the Ground Up: Digital Fundraising for Nonprofits 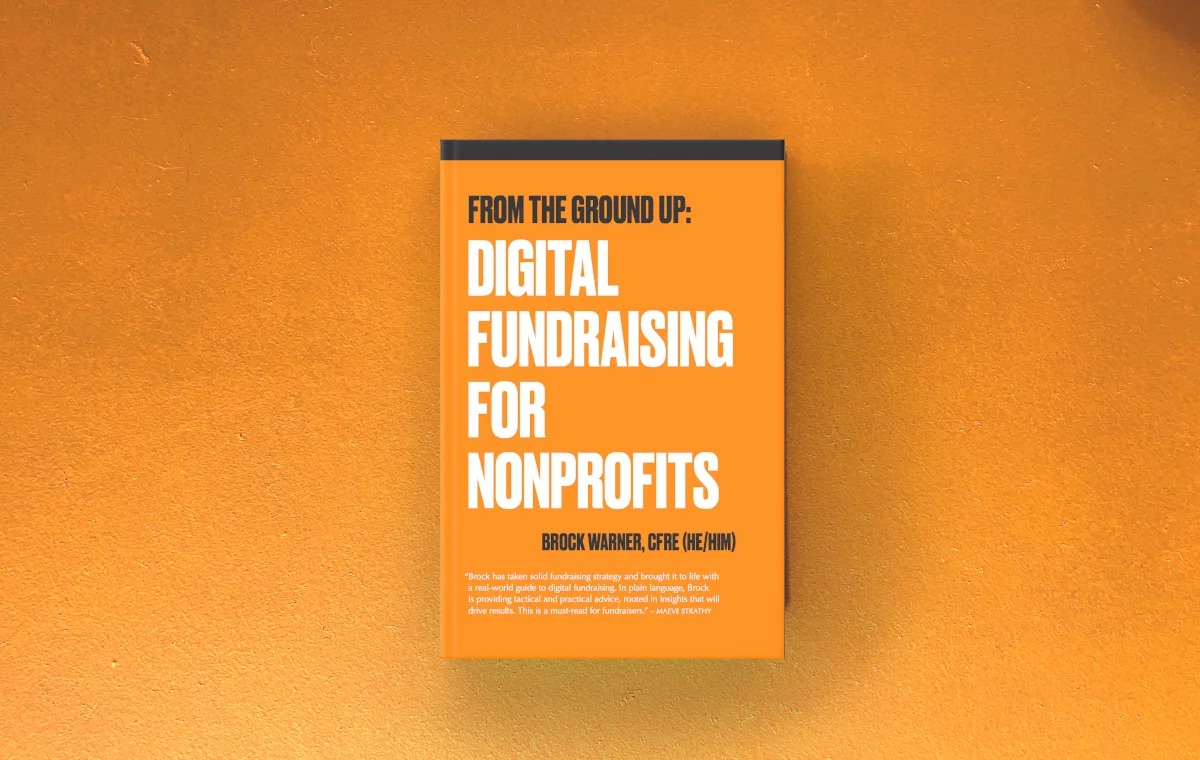 Brock Warner’s book is “a practical primer on the ways of understanding, building, designing and innovating an effective digital fundraising programme”.

Maeve Strathy says “Brock has taken solid fundraising strategy and brought it to life through a real-world guide to digital fundraising. In plain language, Brock is providing tactical and practical advice, rooted in insights that will drive results. This is a must-read for fundraisers.”

19. Bitcoin and the Future of Fundraising

Canadian fundraisers Anne Connelly and Jason Shim have written a guide to how charities are accepting and encouraging donations by Bitcoin and other cryptocurrencies.

A preview is available but you can pre-order the book.

The above list contains affiliate links to Bookshop.org, which UK Fundraising partners with because it shares its income with local and independent bookshops.

The death of HRH Princess Diana