More than 100,000 Muslim donors gave £10.9 million to charities this year through MyTenNights, a tech platform that automates donations across the final ten nights of Ramadan.
This is more than double last year’s £4.3 million final fundraising figure.
This year, Ramadan under lockdown saw traditional fundraising methods, such as gala dinners and collection boxes at mosques, largely affected, leading more people to use technology to facilitate their charitable donations across the last 10 nights in the run-up to Laylatul Qadr, the most important night in the Islamic calendar.
MyTenNights helps a network of charity partners, including Oxfam, Penny Appeal, Barnardo’s, and Islamic Relief, engage with a younger Muslim demographic. It saw increased demand this year for automated services in the charity sector across the wider Muslim community as a result of coronavirus preventing traditional religious practices.
Ismael Abdela, Co-Founder of MyTenNights said:

“MyTenNights was created to bring a solution for Muslims worldwide to make charitable giving relevant to their personal charity goals during Ramadan. Coronavirus disrupted religious practice during Ramadan and amplified the need for an automated donations service more than we could have ever imagined, making our platform an avenue for Muslims to dismantle the barriers created by the virus and practice a cherished aspect of their faith.
“While the general charity sector has been hit hard by Covid-19, the Muslim charity space has demonstrated a heightened sense of connectedness to faith at this time. With some of our main charity partners up 50% on year-on-year donations, our platform has proved a powerful tool for Muslims worldwide to challenge the current circumstances and we are truly proud to have played a role in this achievement.”

Muslim dating app muzmatch has raised over $166,000 with its campaign to raise money to build a school in Pakistan that launched at the start of Ramadan.
The app’s developers introduced a donation screen that popped up while members swiped through profiles, with muzmatch also matching in full all donations made during the last 10 days of Ramadan.
The campaign beat its target of $100,000 to raise $166,871.
The muzmatch school will be built in partnership with the READ foundation, a non-profit organisation that has been building schools for underprivileged and orphaned children in Pakistan since 1994. It will be painted pink to represent muzmatch’s brand colours.

Your donations this month have truly reminded us the love that exists within the Ummah ?

We have been busy delivering your food parcels so as you break your fast tonight, know that someone else will be doing the same thanks to your mercy!https://t.co/D6K3l57dfZ pic.twitter.com/FypHQyg1Zz

Muslim Hands raised £2 million from three live appeals on Islam Channel in the month of Ramadan. A record breaking £1.5 million was raised during the Yemen live appeal, which took place on the 27th night of Ramadan, Laylat al-Qadr.
Funds raised from the appeals will go towards projects in various locations including the Masjid Al-Aqsa lighting appeal in Jerusalem, the running of a bread factory in Northern Syria and to provide safe drinking water to the people of Yemen.
The charity also asked people to donate online during Ramadan to pay for food parcels and other urgent needs.

That's a wrap!! What a blast…Alhamdulillah!! Thank you to my friends & family who came out to support me on today's run ❤ That's 260km complete for #Ramadan. #RunMotaRun https://t.co/9hS8kWsRpw pic.twitter.com/am6D8WZ5Eb

Penny Appeal’s Head of Challenge Events Haroon Mota has so far raised over £54,000 by running 260k during Ramadan, while fasting.
Mota ran the 260k as part of his 2.6 Challenge, and did 10k each evening, completing each run just before sunset, having fasted since 3am. The money will help people facing crisis, war and displacement in places such as Syria, Gaza and Yemen.
He has also challenged himself to run four marathons this year, with the aim of raising £25,000 for Penny Appeal’s Emergency Response programmes to help people who are facing crisis, war and displacement. 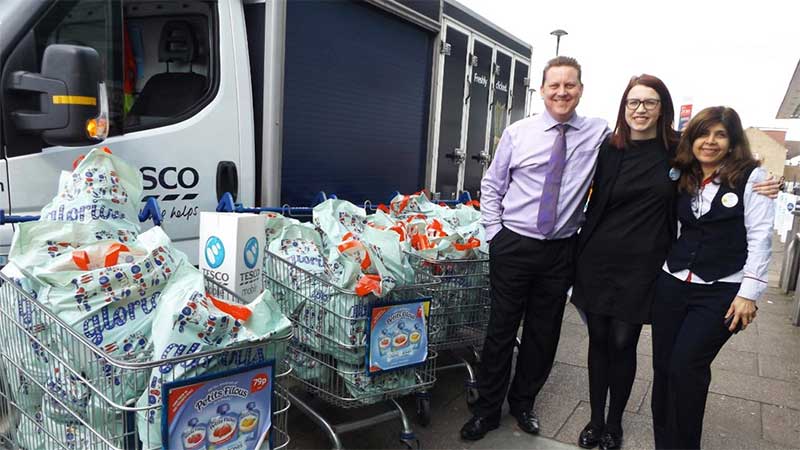 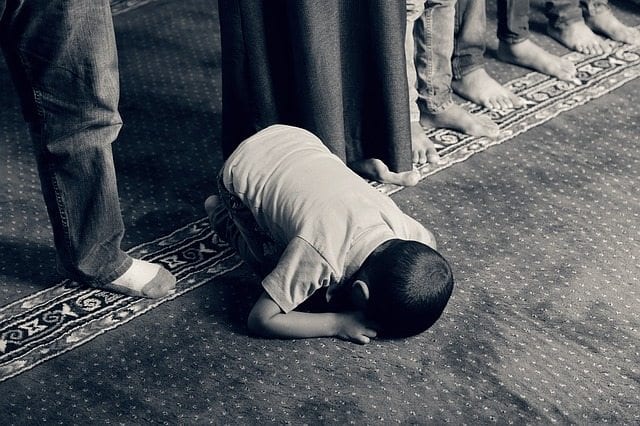 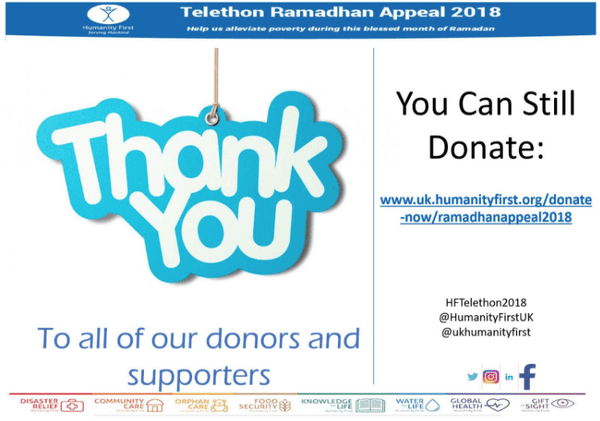